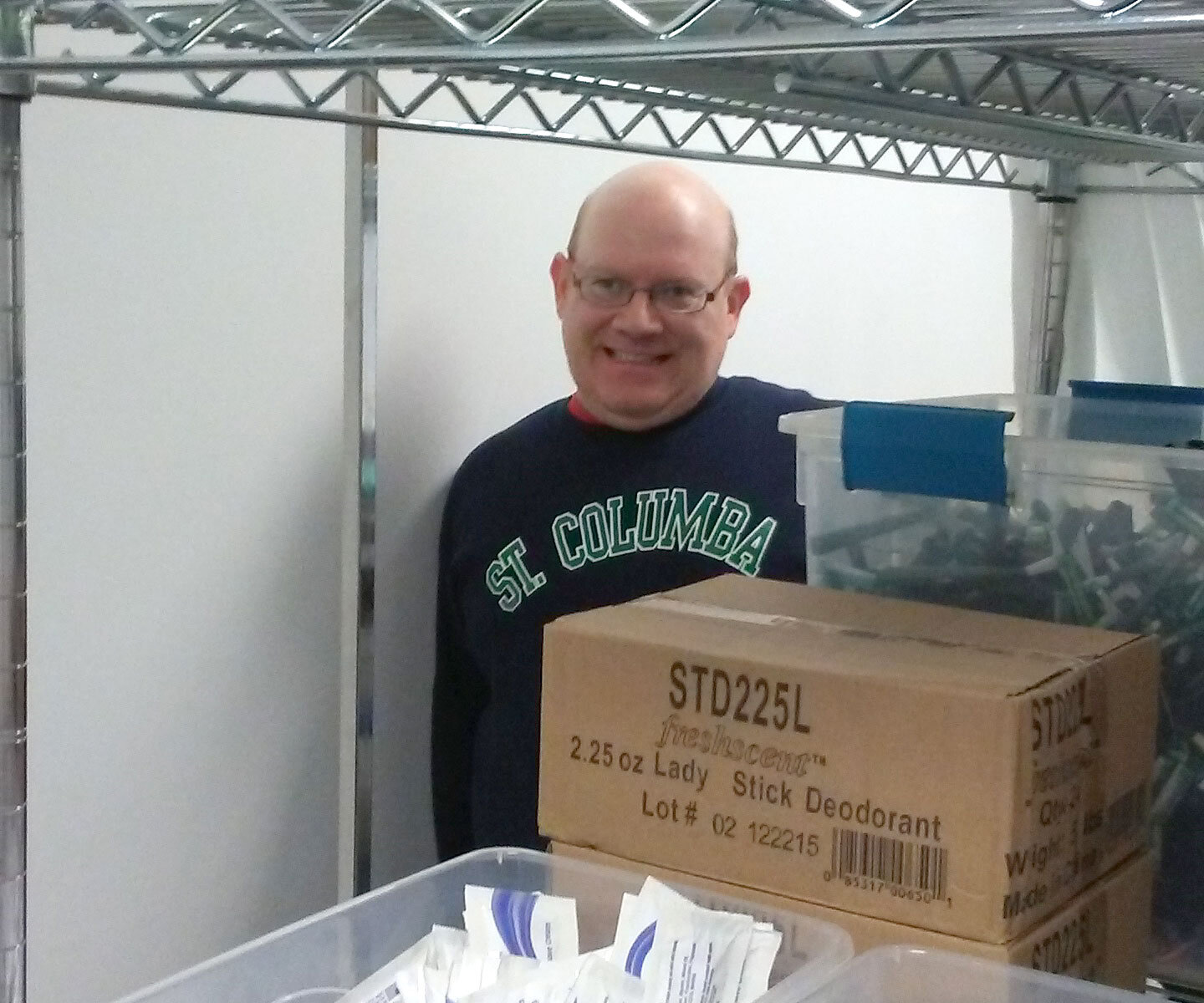 Catholic Charities Dorothy Day Center is in the Saint Paul area of Minnesota, a shelter that offers many services for the homeless. Some of these services include medical healthcare, hot meals, employment counseling, and more. Recently, Dorothy Day has expanded to a new building called Higher Ground, where the organization offers social services, temporary overnight shelter, and permanent housing for long-term homeless men and women. Our MTM Minnesota staff volunteer here together monthly throughout two Friday shifts: 5:00pm-7:30pm and 7:30-10pm.

So how did we hear about the Dorothy Day Center? The answer is partially through our members. Many who call for MTM’s services are those that are homeless; in them we found in them an opportunity to give back to our community. The other part can be filled in by one of our Customer Service Representatives, Theresa Halvorson. The idea to volunteer at Higher Ground began with her. Since she has drawn so many of her coworkers to the shelter, we asked her to tell her story:

“I started volunteering at the Higher Ground homeless shelter in December 2014 on Christmas Eve. My husband, our 3 boys, and I served breakfast and cleaned up for over 100 homeless men and women that day. It was more of a blessing to our family than we could have ever imagined.

My father, for many years, struggled with homelessness. He was able to go to the Dorothy Day Center for three meals a day and for a safe place to sleep at night. I was always very concerned with where he would be at night; when a bed was open for him there, I was very relieved. My father eventually was able to get into a men’s group home and stayed there until he passed away in 2006.

I decided to start volunteering at Dorothy Day to honor my father’s memory and to give back to the homeless men and women of the Twin Cities. My family started going the second Friday of every month, helping wherever we were needed.  In 2016, the shelter no longer allowed minor children to volunteer, so I decided I would continue. However, I was now going alone while my husband stayed home with the children.

One day at work, I mentioned to a few coworkers here at MTM my plans for that night. It was a Friday that I was scheduled to volunteer. They were so excited- they asked if they could go with me! This was wonderful news to me; I didn’t mind going alone, but it was awesome to have company! After the initial group volunteer session, I decided to send an email, opening the opportunity to all MTM employees in the Minnesota office. We had such an amazing response of people willing to volunteer that we have been able to fill both shifts (5:00pm-7:30pm and 7:30-10pm) every second Friday of the month since December 2016.

Many of our offices nationwide have become involved with long-standing volunteering opportunities recently. It’s been a beautiful addition to our rich family culture, to become a stronger workforce through helping so many in need. We’re grateful to our team in Minnesota in supporting Theresa’s efforts at Higher Ground, and all the guests who take residence at the shelter. They are an inspiration to the rest of MTM!