The Impact of Eligibility on ADA Paratransit Operations:

Thank you to everyone who joined our webinar! If you missed the webinar or would like to watch it again, click play on the video below. Additionally, you can click here to download a PDF of the PowerPoint presentation slides that were used during the webinar, and click here to download answers to all of questions attendees asked during the session.

As ADA paratransit demand continues to rise, transit agencies nationwide face more pressure than ever to ensure appropriate utilization, increase fixed route usage, and reduce costs. In partnership with MTM’s mobility management program, transit agencies like the San Diego Metropolitan Transit System (MTS) are able to meet ever growing demand while achieving cost savings with a 100% in-person eligibility assessment model. Join panelists from MTM and MTS as we discuss how this model has allowed MTS to make more accurate eligibility determinations, enforce trip-by-trip conditional eligibility, flatten the curve of their growing paratransit demand, and most importantly–ensure paratransit services are available for those who truly need it. 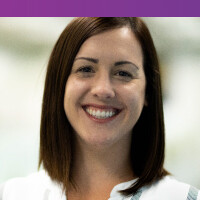 For more than ten years, Callie has worked with individuals with disabilities. With a background in special education, she transitioned to the transportation world four years ago after realizing the impact that transportation – or a lack thereof – can have on an individual. Callie began her transportation career as a Mobility Assessment Evaluator for MTM in Chicago, later being promoted to the role of Project Manager in San Diego for MTM’s in-person assessment program with MTS. Since then, she has designed and implemented a travel training program and a fixed route reduced fare eligibility process, and partnered with MTS to create a level of conditional eligibility fully carried out on the field level. Callie’s passion for empowering those with disabilities has continued to promote a customer-centered and client-focused transportation experience for MTS. 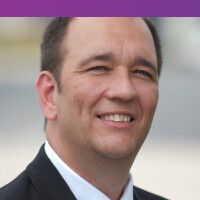 Jay has more than 35 years of experience in the paratransit industry. He began his career as a firefighter/paramedic at a private ambulance and paratransit service in the Chicago area, rising to the position of Vice President and overseeing more than 400 vehicles across four states. After 25 years in the private sector, he spent the next five years managing paratransit operations for a non-profit.  For the past three years, he has managed Paratransit and Minibus operations for MTS. Jay’s diverse background in paratransit services and models helps him to bring a unique perspective to the public sector. 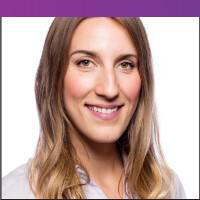 Vassilena has been in the transit industry for seven years. She earned her degree in geography with an emphasis in urban and regional analysis from San Diego State University, and is a 2019 graduate of the American Public Transportation Association (APTA) Emerging Leaders Program. She began her career as an intern for the San Diego Association of Governments, later transitioning to MTS’s Compass Services Center before moving into Operations. Over the last five years, she has focused on the agency’s Paratransit and Minibus operations. 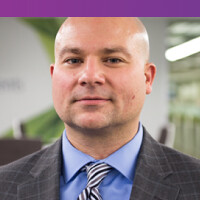 Michael has more than 15 years of experience working with public transit systems and has an in-depth understanding of paratransit operations, travel instruction, assessments, and the ADA. Before joining MTM, he served as the Assistant Director of Customer Service and Paratransit for the Akron, Ohio METRO RTA, where he managed the agency’s 65 vehicle paratransit fleet, created a new paratransit eligibility determination process, and developed a nationally recognized travel training program. Michael is also active in several industry organizations, serving as the chair of the Ohio Public Transit Association’s Paratransit Peers Group and as President Elect of the Association of Travel Instruction.