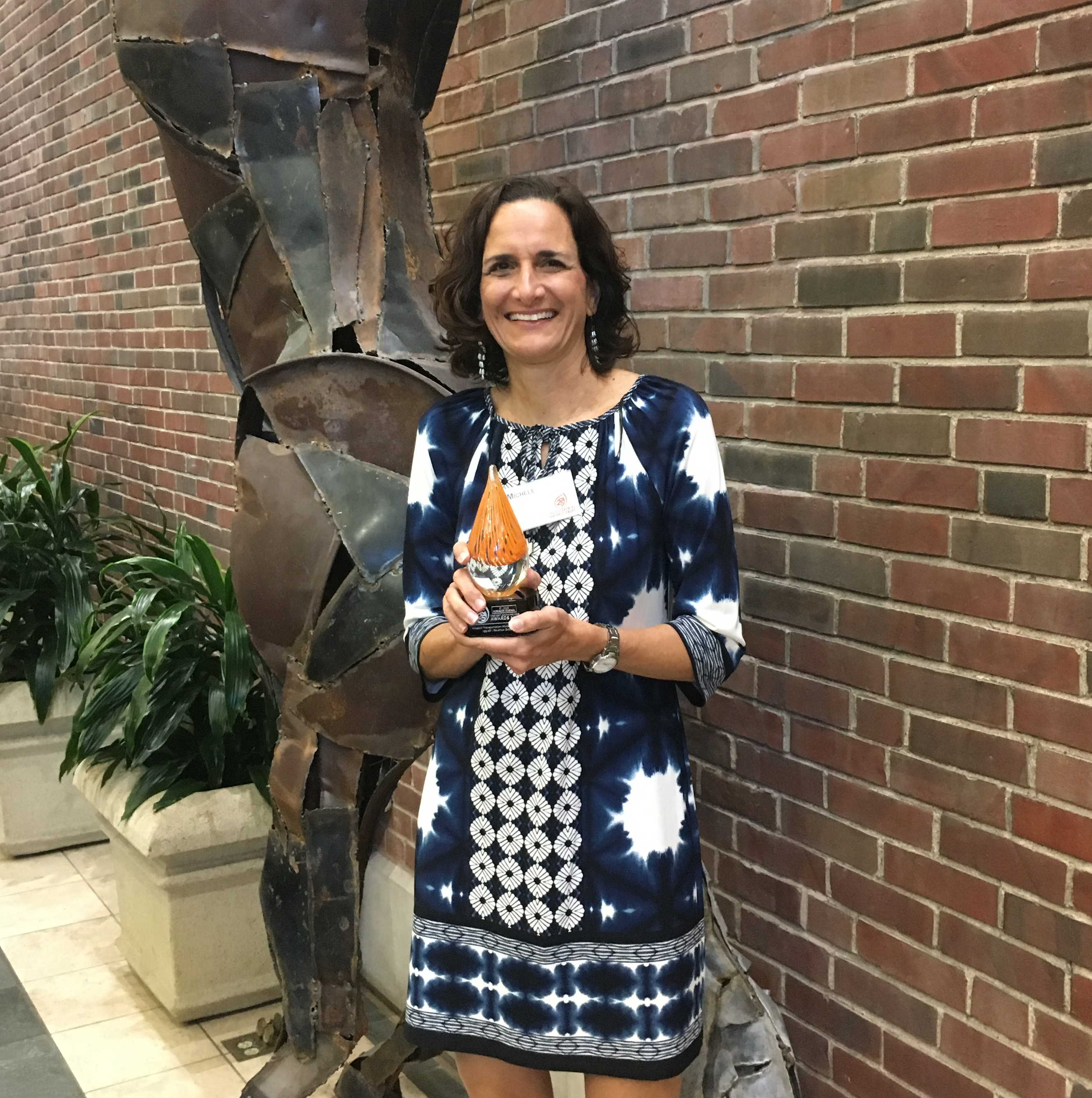 St. Louis University’s John Cook School of Business hosted the Fastest Growing Companies Awards this week, as chosen by the  St. Louis Business Journal. Chief Marketing Officer Michele Lucas was present to receive MTM’s 13th place award. Twenty-four other prestigious companies ranked around MTM. Our place on the list was determined mostly by observing increase in revenue over a year’s time; our progress was attributed to organic growth with existing clients, as well as expansion into new markets. CEO Alaina Macia spoke excitedly about expanding our transit business with functional assessments of paratransit eligibility and travel training services: “For me, we know we’re going to grow on Medicare, Medicaid, but to grow our transit service is exciting because it’s diversification of our business model.” The St. Louis Business Journal also used MTM’s relocating its corporate headquarters after outgrowing our current facility in Lake St. Louis as evidence of growth as well.

Both organic growth with existing clients and expansion into new markets contributed to Medical Transportation Management’s 133 percent growth in revenue over the past three years to $392 million in 2015.

The company, which provides nonemergency medical transportation services under Medicaid and Medicare by managing a network of contracted providers, has experienced increases in demand for its services as the nation’s population has continued to age, said President and CEO Alaina Macia.

To add to this organic growth, MTM also has expanded its transit business, through which it provides functional assessment of paratransit eligibility and travel training services — teaching people with disabilities or special needs to use public transit — for governments, managed care organizations and transit agencies. The company has landed a contract with Chicago’s Regional Transportation Authority to oversee an in-person assessment process to determine whether users can use fixed-route bus and rail transportation instead of higher-cost door-to-door transit.

“We have an assessment process where we evaluate their mobility level, and we also have people who can train them on to use fixed-route transit — how to read the map, how to pay a fare, things like that,” Macia said.

MTM also has picked up contracts for paratransit services in Salem, Oregon, and Naples and Sarasota, Florida.

“For me, we know we’re going to grow on Medicare, Medicaid, but to grow our transit service is exciting because it’s diversification of our business model,” Macia said.

About 100 employees in departments such as marketing, legal and human resources will be moving to the new headquarters facility, which in addition to offices will include training space and conference rooms.