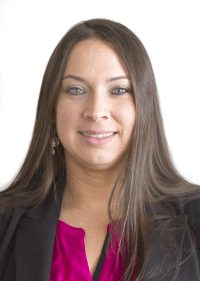 th, Mass Transit Magazine announced their 2016 Top 40 Under 40 List, which included MTM Inc.’s Vice President of Routing, Scheduling, and Dispatching Technologies, Heather Pekar. The magazine’s prestigious list recognizes those professionals who have made significant contributions to the public transit industry. Honorees were nominated by their peers and judged on criteria that included job commitment, industry involvement and contribution, achievement in their position, and innovation in their field. “The individuals chosen for this year’s list have been stand outs in their respective areas and show a strong passion and commitment that exemplifies the best of the best,” says Publisher Emily Guill. “These young professionals have proven record accomplishments, making a difference at their companies or transit agencies, in their communities and in the industry,” adds Executive Editor Leah Harnack. “It was challenging to narrow it down, but we are confident that this list of professionals will continue to play a significant role in public transportation for decades to come.”

Winners will be showcased in the September/October cover feature of Mass Transit magazine and online at http://www.masstransitmag.com.