Each year, hundreds of thousands of older persons are abused, neglected, and exploited. In addition, elders throughout the United States lose an estimated $2.6 billion or more annually due to elder financial abuse and exploitation. These valuable resources could have been used to pay for basic needs such as housing, food, and medical care. Unfortunately, no one is immune to abuse, neglect, and exploitation. It occurs in every demographic, and can happen to anyone- a family member, a neighbor, even you. It is estimated that only about one in five of those crimes are ever reported. World Elder Abuse Awareness Day (WEAAD) was launched on June 15, 2006 by the International Network for the Prevention of Elder Abuse and the World Health Organization at the United Nations. The purpose of WEAAD is to provide an opportunity for communities around the world to promote a better understanding of abuse and neglect of older persons by raising community awareness.

We can understand and look for the signs of abuse, and report suspected abuse to authorities. The Ohio Coalition for Adult Protective Services helpline OhioHOPES (OhioHOPES.org) can assist with reporting and prevention resources. If you suspect abuse in Ohio, or need more information about elder abuse please call Ohio HOPES at 1-800-411-2267.

The well-being of infants and children relies on the stability and contributions of both mothers and fathers alike. An ever growing body of research connects healthy father involvement to the physical and emotional health of mothers and children, successful breastfeeding, cognitive development of infants and toddlers, and a host of child well-being factors as children grow and develop.  An informed and knowledgeable father can provide support for a mother’s preconception and prenatal health.  He may be available to support good nutrition, smoking cessation, abstinence from drugs and alcohol, stress management, and attendance at all health care appointments.  An involved father might serve as a protective factor against infant mortality after his child is born, monitoring safe sleep environments and household safety, supporting breastfeeding, contributing economically to keep his family out of poverty, and participating in infant care.  All of these things increase the chances of his child reaching his/her first birthday.

Although healthy father involvement can serve as a protective factor during pregnancy, birth, and during the child’s first year, maternal and child health systems typically target their services to moms and kids only, leaving fathers in the waiting rooms or on the sidelines as observers and bystanders.

The Ohio Department of Health is wisely attempting to address this issue through the Ohio Collaborative to Prevent Infant Mortality.  The Promoting Fatherhood Involvement in Maternal and Child Health Action Group was created as one of seven strategic focus areas in Ohio’s Infant Mortality Reduction Plan, 2015-2020 with the following goal:

By 2020, demonstrate an increase in efforts to engage fathers in the participation in their children’s lives, by encouraging them to actively support their partners in both preconception and interconception health. 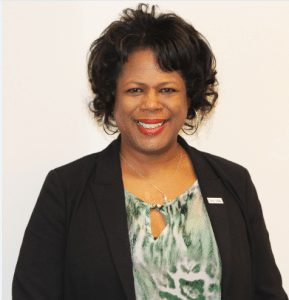 The action group has 25 members representing public agencies, health care providers, and fatherhood programs from across the state. Kim Dent and Steve Killpack are Co-Chairs of the Fatherhood Initiative Action Group, pictured here. The group’s strategies include increasing awareness of the importance of father involvement for children, exploring and implem 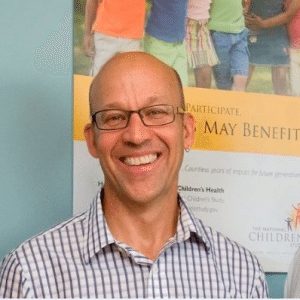 enting best practices for engaging fathers in maternal and child health services, engaging men in pregnancy planning, breastfeeding, and safe sleep initiatives, and partnering with the Ohio Commission on Fatherhood in the implementation of their statewide New Beginnings for New Fathers program, funded through a grant from the US Department of Health and Human Services. Please help spread the word.  Healthy informed involved fathers play a critical role in preventing infant deaths! Resources for fathers are accessible here: justfordads.org neofathering.net