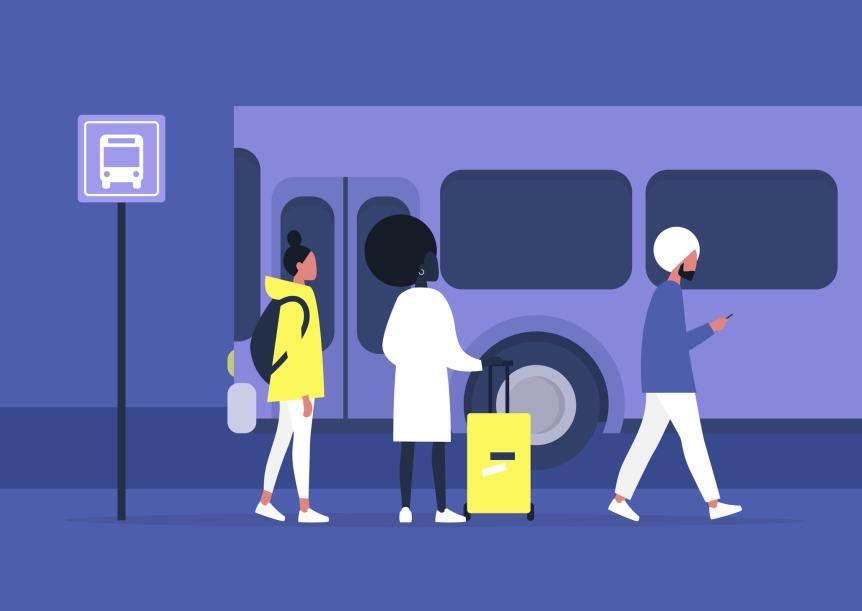 Advocating for the expansion of public transit funding has always been a passion for MTM and MTM Transit. Our President and CEO Alaina Macia recently penned the below message on her LinkedIn account–read and learn why it is vitally important for states like Missouri, where MTM is headquartered, to put more into transit funding.

Recently I stumbled upon a statistic that floored me. According to the AASHTO Survey of State Funding for Public Transportation, my home state of Missouri ranks 46th in the nation in terms of public transit funding. AASHTO studied per capita funding for public transit in all 50 states, plus the District of Columbia, and found that Missouri invests only 28 cents per capita in its transit systems. Just 28 cents. Only five states invest less than Missouri—and four of those states have no state investment in transit whatsoever. Plus, every state bordering Missouri invests significantly more per capita in their public transit infrastructure:

Our state’s 34 public transit systems employ more than 4,500 Missouri residents and spend in excess of $675 million to support operations every year. With a combined annual trip volume of approximately 60 million—or 9.8 annual trips per Missourian—Missouri public transit riders spend more than $600 million on goods and services spent in conjunction with their public transit trips. The end result? Transit has a direct economic impact of more than $1.2 billion per year in Missouri, yet most of Missouri’s 34 transit providers receive less than 1% of their annual operating funds from the state, leaving them to rely heavily on federal funding and search for other ways to secure additional funds. Right now, when transit ridership is lower than ever due to COVID-19, transit agencies are taking an even bigger hit due to lack of fare, sales tax, and other funding sources.

While you can’t make an apples-to-apples comparison between every state’s transit infrastructure—for example, Illinois, whose Chicago Transit Authority is the nation’s second largest public transportation system, far surpasses the transit needs of Kentucky, which is comprised mainly of rural transit systems in small urban areas—public transit access is valuable no matter which state you live in. Many Missourians who rely on public transit are elderly or disabled and can’t drive themselves, or live at or below the poverty level and can’t afford a personal vehicle. Public transit is often their only means of transportation.

Access to transportation is one of the most important social determinants of health. A robust public transit system that is affordable for all riders offers a multitude of benefits: reliable access to employment and education; a way to get to preventative healthcare; a convenient means to connect with friends and family for social and recreational outings; and access to basic daily needs like grocery stores, pharmacies, and healthy food options. As an added health advantage, public transit riders benefit from increased physical activity as a byproduct of walking or biking to bus or train stops. Not to mention the environmental benefits—with increased public transit use comes fewer personal vehicles on the road, decreasing emissions and helping improve respiratory conditions like asthma.

All of these are reasons while my fellow Missourians—as well as residents of other states affected by under-funding of public transit—should care about increasing state funding for transportation systems. What can you do to help? Support organizations like the Missouri Public Transit Association and Citizens for Modern Transit, which advocates for public transit improvements in the St. Louis region. Reach out to your local government representatives and advocate for increased state-level funding. Take advantage of your local transit systems and help fund the system through the fare you pay. Whether you routinely utilize transit services or not, public transit access has a huge impact on Missouri’s economic climate. We all need to make our voices heard to ensure our public transit systems are robust, accessible, and perhaps most importantly, affordable for every resident who depends these resources to access employment, healthcare, and basic daily needs.